Day 11
Today should've been a day when I'd be lying on my living room couch, covered with a warm blanket, watching a bad...ish Christmas movie and sipping from an obscenely large cup of coffee. 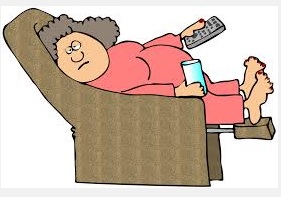 This is what people (lazy like me) should be doing once they're done with their Christmas shopping.
But did I get to do that???

Instead, I sat on my office chair and tried to make it look like I was actually working.
It was so damn hard cause there was a general lack of mood. Everyone found reasons to get up :
go see people for a fake issue or something that could've been solved over Skype
chat a bit
drink some water
realize coffee is needed, so run to the coffee machine
chat again
and so on...

Oh then lunch break...
Coffee break...
Toilet break...
At some point, I had this crazy idea...

But...I thought this through and realized I'd just end up paying for shit and work on another computer for the rest of the day.
To make the day go faster, I ate enough chocolate to know that I'd be dead if I were a diabetic and drank enough coffee to stay up for at least 2 days straight.
Buuuut, since I've been on a sex diet (and by that I mean - I had NONE OF THAT and not by choice) for the last month, I can honestly say that :
THERE WILL BE MORE CHOCOLATE AND COFFEE, SO HELP ME GOD!