Another day spent trying to hate my EX

Ok, so, as I said, it's been 3 months since he left, 3 months of continuous agony. And it doesn't seem to get better. That thing about time healing everything...right!
I've got one thing to say: are we there yet? What am I supposed to do during this ...time?  Anyone who knows me is aware of one very important thing: PATIENCE is not one of my virtues.
Soooooo...when even holding a magazine in my hands makes me cry, I ask myself: is this normal? Am I in the right mind? I mean...come on! A magazine? It's not like I was holding HIS favorite one in my hands; it's just one of those things you look at when you're on the toilet, where the articles you read don't ask too much of your brain. You know! Stuff like: What to wear on your first date (take my advice: NOTHING!) OR What to do to please your man (I've got one idea: LEAVE HIM ALONE:)).
Have you ever noticed how these magazines FOR WOMEN are actually FOR MEN (I mean...to their benefit)? None of them teaches you, as a woman, how to please yourself! Or do something for yourself! God forbid! No! Everything turns around this GOD that has arrived on Earth to make us WOMEN miserable:) I just remembered something I heard during a stand up comedy show! It said: "I am sure that waxing was invented by a guy just to win some quality time (alone) for the men!"
No! I am not a feminist! I am just someone who decided to use men from now on since one of these GODS has broken my heart for ever.
Ok, so no more superficial magazines for me!
One of the things that always makes me feel good though is rain. Wait! Did I say ALWAYS? Daaaamn! another thing HE ruined for me. Cause now I remember all those times we spent in bed doing...things while it was raining.
Well, I guess now I should be like most people and NOT like it when it rains.
During the first 2 months after the breakup we continued to have sex, and games, and passion. No strings attached! Not that a child would mean anything :) Does it? (I'm kidding:) So, almost each time he came home to see the baby, I would put on a white t-shirt (nothing under, of course) or something that before (the breakup) I found to be too much to wear in the house, and I made sure that during the 2 hours he stayed, his playful twin (yes, I am talking about his reproductive organ) and himself were both interested in playing with me (very bad mother, you will all say).
And I am sure you all have a ripped t-shirt or another piece of clothing you take the garbage out with, something us girls would find a complete turn off, but which men find to be the sexiest ever. This kind of t-shirts I am talking about ;)
Did I mention he had someone else at the time and I knew about her? Aaahhhh...details...details
For some time I became THE OTHER WOMAN! Imagine that! And one day I even helped him hide the marks (from the B#%CH, as I like to call her) I left on his back during...you know ;) We got carried away (ok, I got carried away)...
I wouldn't say it has been the standard breakup behavior (if there is such a thing), but looking back at how things have evolved, I can say one thing: it doesn't make it less painful. On the contrary...
So, one thing we all must learn from my stupid stupid actions: DO NOT HAVE SEX WITH YOUR EX! Unless of course it's been forever since you last saw anyone naked in your bedroom besides yourself and your body is telling you that some parts of it need special attention!
One more of the "joys" of my breakup is that I see my ex's new girlfriend at work! Yes, I already thought about pushing her down the stairs...at least 100 times. Still thinking...The strange thing however is that I have no such thoughts about the father of my child. I do feel the need to hate him, but it seems he hasn't hurt me enough to "deserve" this. Well, maybe I should encourage him to do more: why not marry the B#%CH? It's only been 3 months since OUR breakup, they've been together for 4! yes! you read it right! And our relationship "only" lasted for 8 years! I'd say it's good enough reason...NOT:) 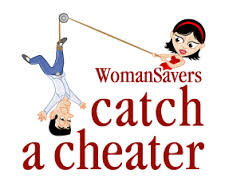 to be continued....feel free to leave your advice or share your own experience and ideas
Lived by Lexy gray at 11:43 AM