First thing that goes through my mind?  Has it really been 3 months?

I've done some things that I can only define as...unexpected from someone like me.


I am alone again. Not single, but alone (well, after the conversation we've just had...don't know anymore).
Yes, the KID left me a 2nd time to follow his money dream abroad.
What happened between departure number 1 and 2? Well...

I went through a break up, spent some time partying as if I were 20 years old, then decided to leave for the unknown.

I guess this must be the middle life crisis for a woman.
Yes, if  being in your 30's means that, then I am middle aged. Shoot me now!

The unknown was actually a trip to Barcelona.
A new found love IS Barcelona and everything about it.

How did I get there? Let's just say that you never know what may come out of a chain of stressful events.
In my case...it led to a wonderful experience that I'll cherish for the rest of my life.

After 4 days spent in another world being someone else, I came back to find the KID at my door.
Yep, at 4 o'clock in the morning. Waiting there for 4 hours..at least that's what he claims.

For few seconds, everything seemed like a scene from a romantic shit movie.
I get off the taxi, a rose is hanging on my postbox, I can hear Puccini...(kidding about the music)...I turn my head and I see him getting out of the car with few chocolate boxes.
What can I say.. the man knows the way to my heart.

I run to him, he runs to me...but few minutes later, we're inside the house, fighting again. 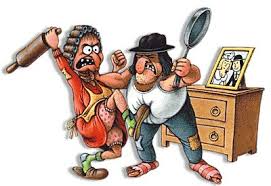 And so, a new relationshit started.

However, 1 month later he left me again to pursue his dream of getting rich before he turns 30. Kids today!

Between breaking up with the KID, going to Spain, coming back to the KID, stressing because of my job, I find out I have another problem. Actually I find out I AM a problem.
To my ex's marriage. WTF?
Never mind..I'm not getting into this right now, but exactly how much shit do I have to take from these two before I push the Bitch down the stairs? Wait...we have no stairs at work. God damn it!

Going back to our muttons, I'll continue by saying that, since I've been away and after everything that's happened, I have finally learned to separate the really important things from the insignificant ones, hence I stress less.
I know, it's a little late, but hey, better late than never.

The trip to Barcelona has opened my mind in so many ways.

I realized that this was one of the few things I've actually done for myself and nobody else.
Yes, I fully assume what I said and encourage all of you to do things for yourselves from time to time without feeling guilty about it.
This will avoid you going out and buying a gun ;-)

Given the chance (and financial resources), I'd do it again...all I need is the Barcelona or..whatever city calling :-P

I know how daring this sounds, but it's true. One day I'll elaborate. Promise.

We are programmed to fight change because it takes us out of our routine, our comfort.
But once we learn to accept it as a natural part of our lives, everything will become much more clear.
Ok, this is not a reason to dye your hair blonde tomorrow, but still...

I'm difficult to deal with, I have a lot of skeletons in my closet and I'm still fighting some demons. But I don't need one more.

Just realized it's been a year since I moved into the new house; it's been a year already since July 3rd.
I still don't have doors - bath included, and people who visited learned to ignore this little detail.

There are still a lot of things to be said...but it's so late and in 5 hours I should be up preparing my little KIDZILLA for summer school.
I know, I'm a monster for doing this to my kid, but I told you last year: it's all fun and games and lazy days by the pool for him.