Some of you may have spent this "special" day exchanging love notes or stuff like that; I spent mine negotiating my future house's sale contract with the owner for 6 whole hours. Only to come home to a bouquet of orange tulips. 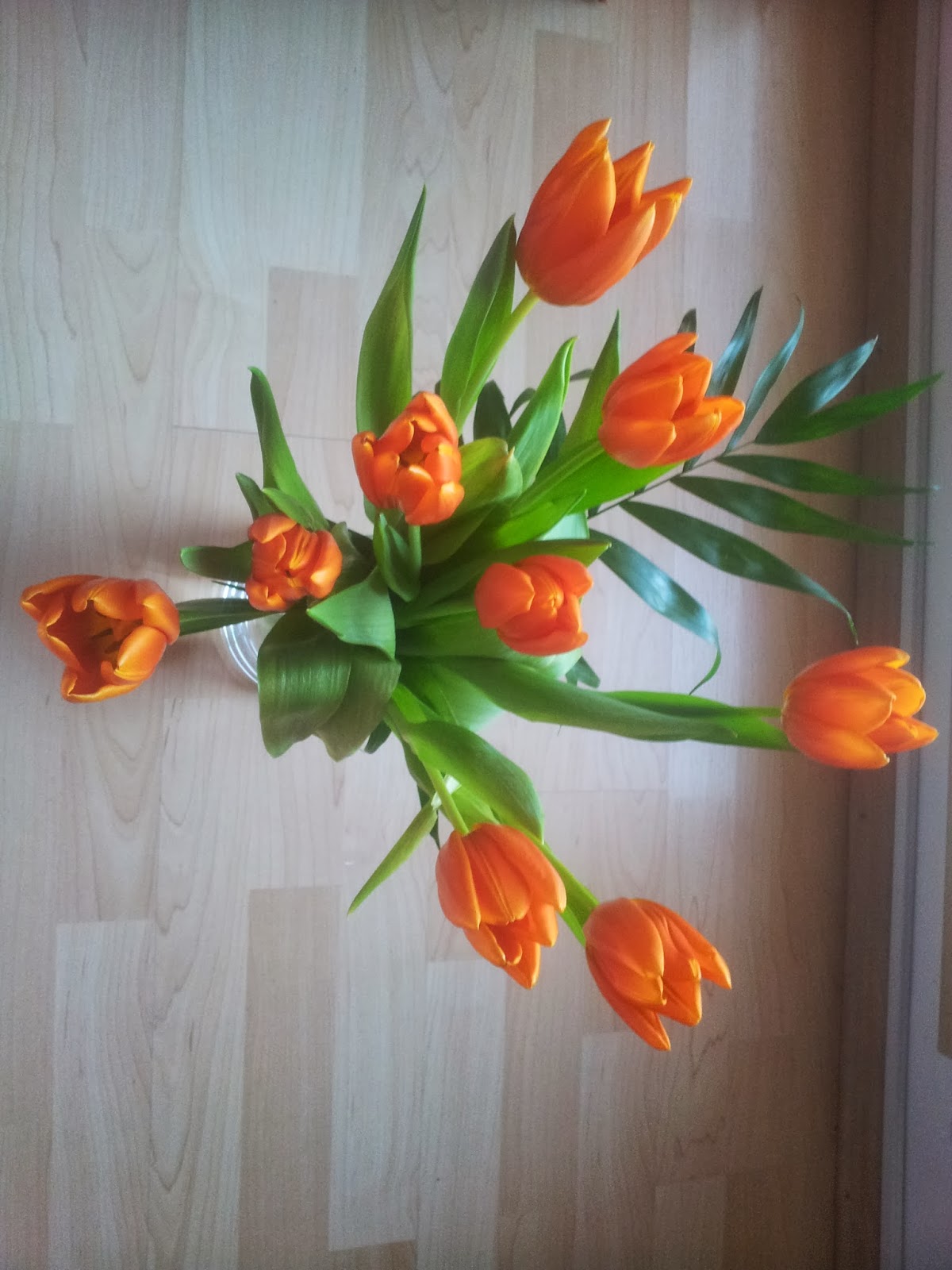 Yes, it was as fun as you imagine.
Actually, to get a picture of what that was, picture this:
you take the most negative guy in the world (the owner, 50-ish I'd say, but I'm really bad at this game of guess my age) who changes his mind more than any girl during PMS + one negative woman (that's me) + one really nice credit broker + one nicer real estate agent (a girl who turned out to be from my hometown) + a notary, you put them in a really hot room and you let the negative talk about a house they both want :)
Each of us (referring to me and the owner) had our own fears and worse case scenario of what the other might or might not do. I guess that if we were in there for a bit longer, we would have discussed the possibility of the other not complying with his part of the deal in case of Apocalypse. Should we add a clause in our contract for that too?

Somehow, don't know and don't care how, during those 6 hours of tough negotiation, I seem to have convinced those people around me that I was a determined, powerful, bitchy (sometimes), successful, patient and ballsy single mom. 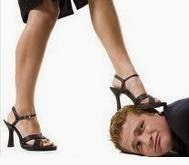 My opinion of myself now: I may be passive aggressive, procrastinating pleasure principle addict. Quod erat demonstrandum.
I agree, too much psychological shit going on.
In case you're like me, someone who hears lots of things,  but not always sure what those are, I'll develop.
According to Wikipedia:
passive-aggressive behavior is the indirect expression of hostility, such as through procrastination, sarcasm, hostile jokes, stubbornness, resentment, sullenness, or deliberate or repeated failure to accomplish requested tasks for which one is (often explicitly) responsible.
Pleasure principle is the instinctual seeking of pleasure and avoiding of pain in order to satisfy biological and psychological needs.
Procrastination is the practice of carrying out less urgent tasks in preference to more urgent ones, or doing more pleasurable things in place of less pleasurable ones, and thus putting off impending tasks to a later time, sometimes to the "last minute".

if we look at the above and we take an honest inside look for a sec, we may find that half of the planet is passive aggressive. 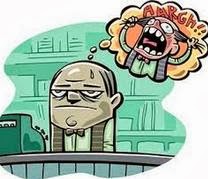 I used to make hostile jokes, but they were only directed to one person called the BITCH. Now I'm getting treatment from the KID. Thanks, babe! So, does that count for a symptom?

Same for sarcasm - I like sarcastic remarks, but who doesn't? The targets of my remarks deserve it, most of the time :) I guess this is any passive-aggressive 's favorite line. I've said it before and I'll say it again : I like 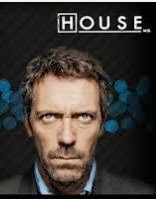 Stubbornness - well, what's the difference between me and a mule? One is biped and less hairy/furry.

When it comes to job tasks, I must say that, for a short period of time, I felt like I was swimming upstream. I guess it was due to my heart problems that I had stopped being the leader my team needed. I was the one that needed motivation, and instead of being the engine that made everything work, I was being towed. Luckily, it didn't last long and now it's all shiny and pink .
So, if I don't check all the boxes in passive-aggressive description, should I still go see a shrink?

Now I discover it's Mr. Freud himself who talked about this. Come to think of it, it's so easy to understand and express, that I wonder why others before him haven't thought about it.  Technically they did, but it didn't sound so...sexy:)
I totally relate and find myself there; it's only normal to seek pleasure ..dooohhh:) Not as much as the KID would want me to, but still. I am however bad at avoiding pain. I am trying to improve this everyday and I should get to expert level pretty soon.

And last, but not least, procrastination, ladies and gentlemen. The thing is this: I seek pleasure, thus I avoid the pain of doing things that bore me or take way too long. I work indeed better under pressure, I hate deadlines and I tend to leave things at the last minute. Fortunately, I leave at the end  only things that don't really matter (as I estimate them) or things that I know it won't take long to solve.

I learned some other interesting psychology things, but let's leave those for our next lesson, shall we? :) Just kidding, I haven't turned into Anna Freud all of a sudden.

All this bla bla started from my Valentine's day 6 hour negotiation for a house that I really want for me, my baby son and the KID. Unlike the first time, I'm leading the show now, and it seems there is an alter ego in me who takes over when life changing situations or moments appear.