It's been more than a month since I was here last.
My writing and my blog have been my ...secret garden where I went when going through the worst times of my life. I had a lot more time to write while dealing with depression and I have a strange feeling that my writing was actually better during those times :-) Oh well...

It's been a bit over two months since I moved into my new house.
Still door-less, I'm afraid :-) And yes, going to the bathroom is still a challenge.
I had some people over to fix something a few weeks ago and I think I might have peed my pants if they stayed just a few minutes longer.

It's been a week since I'm on vacation.
It didn't really feel like it, except for the fact that my son was the alarm instead of my phone. He doesn't have a snooze function, unfortunately.

It's been almost a week since there are no longer 3 people in my house, but 4. Curious?

It's been almost 6 hours since Kidzilla went to the ...dark side :-)
I mean his father's, of course, aka Bob. 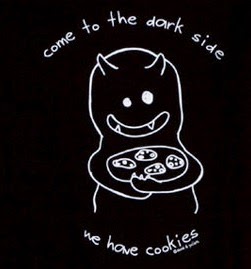 Lately, the man has been showing me that, the older he grows, the more pathetic he becomes. Could this be from the constant exchange of ideas he has with the Bitch? Oh wait, there is none.

This made me realize an universally known fact : we are so many different people, we wear so many masks in our lives and, honestly, it's a mystery how we can go through so many changes and still be able to keep some traits along the years.
If you don't understand this, don't worry...sometimes I don't understand myself either. 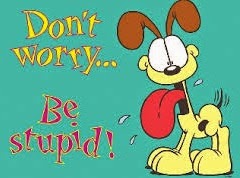 What are the consequences of that for you as an individual?
Do you have to train your brain more in order not to lower yourself to your partner's level?
Why would you get involved with someone like that in the first place? Yes, the promise of sex is one explanation...
Alright, this is my bitchy moment and this is a subject that can be debated for days.

The (non) sense of meaningless relationships.
But I'm nobody to judge on that.

I'm thinking: what if the KID was unable to challenge me intellectually? No, the sex would not be enough to keep the relationship going for more than a month provided that I'd see him few times a week and not more than half hour each time.
A year and a half soon...He's driving me crazier than my son most of the time, but I've learned to accept that, as long as I let him, I must like it. Twisted, I know. And quite difficult to admit, trust me.

And speaking about ....it's been half hour since the KID has been nagging me...you can all guess about what...

At the beginning of this post, I was telling you that my house is now a home for 4. No, I haven't given birth since my last post.
Instead, I am now a shelter for the heartbroken...so to speak.

One of the few persons the KID tolerates has recently ended a 7 year relationship with his girlfriend and the KID thought it would be nice to offer him accommodation and heart...medicine.
For most people, it helps to be around friends when going through heartbreak. I'm not one, but our friend is.
He is thankful for not being alone through what seems to be a difficult time for him.

Briefly, the girlfriend felt that the relationshit lacked some spark...some new beginning butterfly stuff...something. Obviously, despite his efforts, he was unable to provide that, so the long lasting affair ended in tears, for both of them, but for different reasons.

As if I needed another one, this is for me proof that relationships that start before our 20's will inevitably end after few years, if we're lucky.
Why? Because it is unlikely that both partners will develop the same or find a way to actually complete each other after going through different levels of change.
Or simply because, at some point, either one of them or both will want to experience something/someone else. But this is just my opinion.
Don't worry, I'll let you in on this some more in the coming weeks.

I bought a couch and other small things for the house. Guess what the result was? I'm broke again...at least till next month's pay check.
Unlike few months ago, now I try not to worry so much. Even though I should, I think inner peace and psychological health is much more important. 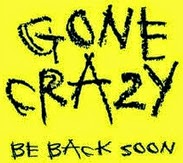 It's hard enough with 3 dicks in the house, 4 if you count the dog, so why bother for other things too?
Til next time, peace!