Guess who's at the door

Previously in my life...I have experienced something that I only thought possible in movies, but not in my ordinary life.
As most of you know, me and the KID don't live together yet. Well, we sort of do, but it seems more like the life of a cheating wife who brings her lover in her husband's bed and then kicks him out early in the morning before the husband gets home from his night shift.

Well, let's say my life has a bit more romance in it cause I'm not married and the man I'm hiding my lover from is "only" the father of my child (aka Bob) who left me for a 20 something blonde, as smart as a ...well, I'm thinking really hard to find something, cause I don't want to offend the thing I'm gonna compare her to.  You probably understood by now that I really like to mock her intelligence, or better yet, the lack of it actually.

And going back to the event that brought excitement in my life (as if I needed that even more) and made my heart beat like crazy...
the night before the happening, me and the KID got into one of our usual fights (can't remember if we had make up sex or not, cause sometimes we fight, we have make up sex and then we fight again...it's a vicious circle, I know), I fell asleep during the fight, I think, and he went to sleep downstairs in the living room.
Usually, I have my alarm set almost an hour before Bob gets home to take the baby to the kindergarten, as he's been doing for about 2 months now.
So, every day, minutes before Bob gets home, the KID is leaving me, because Bob doesn't agree to the KID sleeping at home when our baby is there. It doesn't really make any sense if you look at it, but I put up with it cause I want to maintain a civilized relationship with the one I've lived with for 8 years. At least for now...

The next morning, those damn two alarms that I got decided to stop working so..
As if my mornings weren't bad enough cause I'm like this when it comes to getting up : 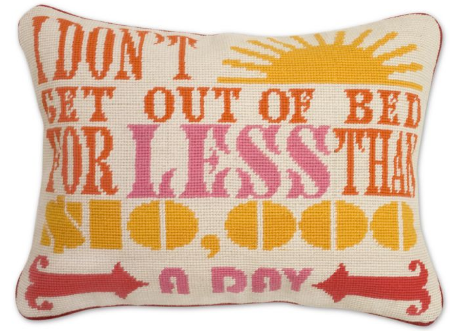 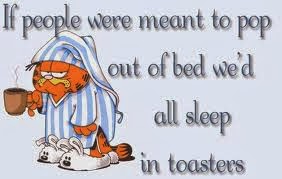 I wake up (with headaches, as usual), but also with the KID coming in a rush in the room to tell me that Bob is at the door. I look at my phone, I have a text message and lots of missed calls from the same Bob (yes, a plane could land at my window and I wouldn't hear a thing) and my phone keeps ringing. I answer and I hear Bob snarling: "You left the keys in the lock and I can't open the door".  I say: "Ok, coming..."
My heart starts beating even faster.
Meanwhile, the KID is looking for his clothes ...usually he's quite neat, but I don't know what happened the evening before. He finally finds them...everything except for his socks.
5 to 8 minutes later, I'm getting him out by the back door, in our yard, and I rush to the front one to let Bob in. My heart is still beating like crazy and, if Bob knew me a little better, he'd see I'm blushing and my voice is a bit changed due to my fast heartbeat; he'd know I nearly got caught doing nasty things and follies like a teenager.

For some reason, Bob rushes upstairs and after a quick inspection that he usually doesn't do (hey, maybe he did "smell" something with his 43 year old nose), he enters the baby's room to wake him up. By the time I give the YOU'RE GOOD TO GO signal to the KID, he's already 5 minutes away from the house and my heart rate is still the one of a sprinter. 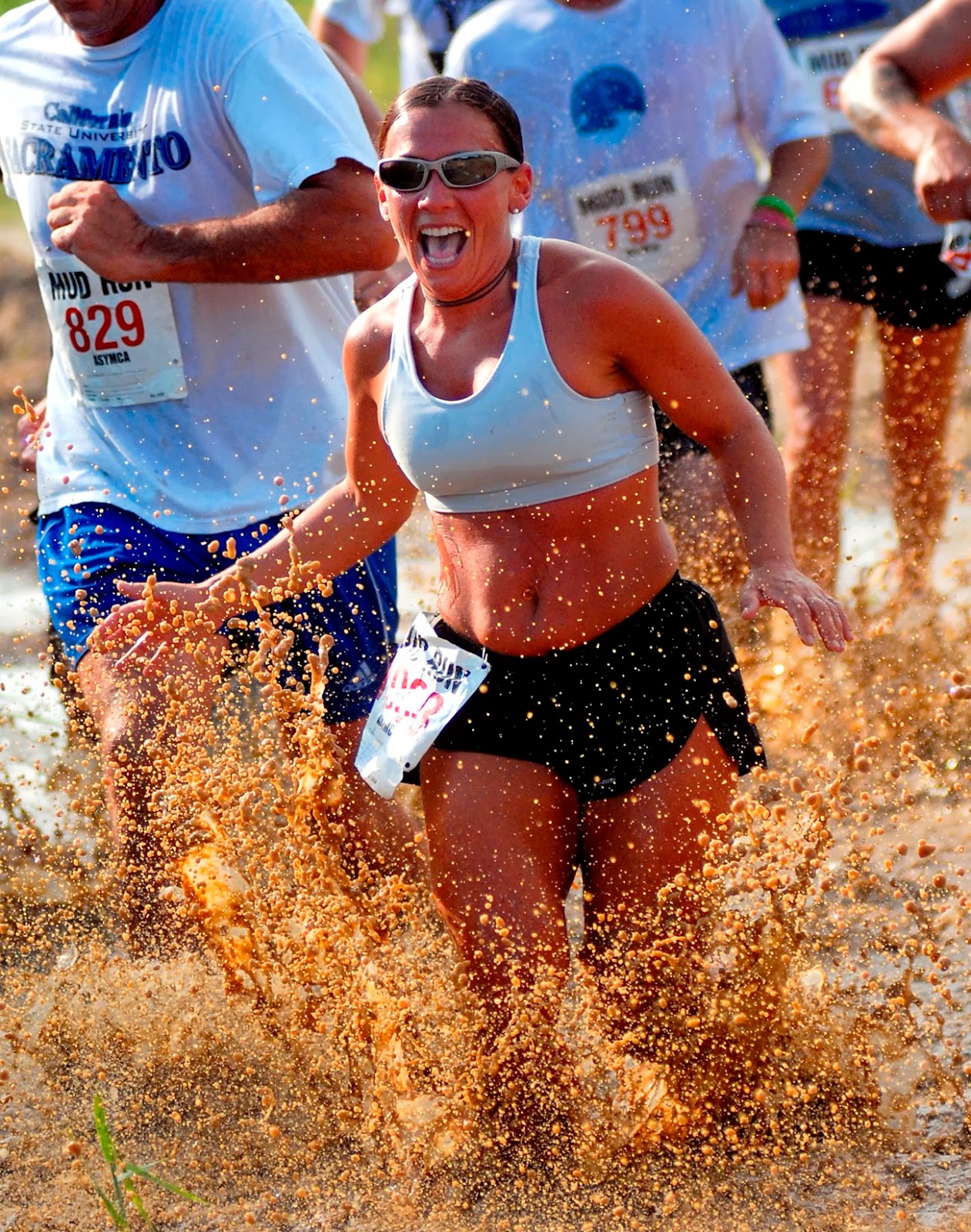 So, let's hope that until I move out, my alarm clock will spare me from mornings like that...