My name is not Bob

How much of ourselves disappears in the love process? How much do we change when in love or out of love, or, worse, heartbroken? Do we even realize that we're changing?
I for one, never thought I could be capable of change. But still...
In the last month, I have looked at me, the KID, BOB (not even worth mentioning the Bitch, cause...exactly:) she brings nothing to all this). This trio creates an image that is not ready to leave too soon: it's the image of mirrors. Cause I've been hiding an ugly truth from myself: I have become Bob. You still don't get it? Let me explain.
Right after Bob left, I started thinking that I would never let anyone else in my life again. I promised myself not to get hurt anymore. I swore that the word love would no longer be a part of my vocabulary when referring to romantic love. Well...that was a bunch of shit, cause only three and a half months later, I found someone...or better yet...someone found me.
During those three months, I was a ghost; at some point, my neighbor even asked me if I had been home during winter, cause she had not seen any movement around the house. It was the winter of my heartache, with me and my baby suffering in silence in a house that we had once called HOME.
Out of nowhere, a 23 year old appeared and lifted me off the ground. He let me do anything, say anything that crossed my mind. The nicer he was, the worse I would become. Little by little, he created a monster. Whenever we fought, I would become a sort of Hulk that would sweep the floor with his ego. Little by little, I started acting as I never dared in the past, as I was never allowed to in the past. Little by little, I started punishing my poor KID, just like Bob did with me.
One night, one fight later, he tried to come make peace with me and I started throwing things at him, around him, all over. 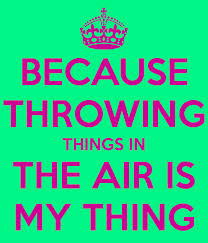 It was damn strange cause, while he let me do this, what I felt was such crazy passion for him, I felt like I had created the perfect sex scene without even trying (nothing happened, rest assured). While I was the incredible Hulk, I felt myself looking at me from the outside do all those crazy things I could never do with Bob. It felt so liberating, I felt so powerful. Minutes later, I felt like shit seeing the KID so horrified, trying to imagine what could cross his little mind about me, the one that he seems to see in a certain way, a very good way, a way I could never ever see myself.
Poor him! He was only trying to end the fight, to make things better, kiss and make it better so to speak...He was punished for that. Just like I used to be. He later tried to touch me and there I was again, screaming, mocking him and telling him how wrong he was to think I would forgive and forget so easily (I usually am this person).
Nothing scares him! so far, at least! No matter how much I push him away, no matter how mean I am to him, he keeps coming back for more. Exactly the same I used to do.
My one innocent question would be: WHY? Are we all masochists? Why go back for more to someone who does nothing but hurt us? Why do we continue to care?
What I can say from my own experience is that, everytime me and Bob fought, he was damn cold (and he could stay like that for days if he wanted to) and I could see him take his distance. Since I was so in love, all I wished for was to get him back; I didn't care about any lesson, I didn't want to hear about leaving him alone. My one and only desire was to have him in my arms, to be in his heart again, at all costs. So I would try and try, until I would make things worse for him. But how is that possible? How can you be cold when seeing that the person you're supposed to love is trying so hard to make you laugh again? I could never understand that...And I could not understand how I could make the KID go through the same things I once did.
One sad night I realized that I was repeating history, but this time I am playing another role; this time I am the master of the game. Someone else cares more than me, someone else does more than me, for me..and all I did was use this against him. That night I felt like...Bob, that night I looked in the mirror and saw Bob looking back at me.
But did I really feel better? NO. the answer is a big NO. The only reason why I realized it was cause I am not at all this kind of person; I don't usually play with people's feelings, I don't ask myself if nor do I search ways to be the leader in the relationship. I always believed that, in a relationship, partners should be equals, each of them giving the same amount of love, affection, attention, tenderness, respect.
I never had such a relationship; now, a 23 year old is actually trying to teach ME that this could be possible. Really??? He expects of me the same things I innocently wanted and wished for in my previous relationships. And what do I do? The only reasonable thing I could think of: mock him, of course. Just like Bob used to do.
Sometimes, I tell myself that I am not ready for all this, that I wasn't thinking the moment I took the taxi that night.
That taxi ride brought me to such new feelings, emotions, sensations, experiences. That taxi ride took me to the one who made me live the passion I always dreamed of. I cannot imagine letting this young man teach me anything about relationships. But what I know is that I am damn curious, so I'll stick around a bit more to see what happens.