Talk dirty to me 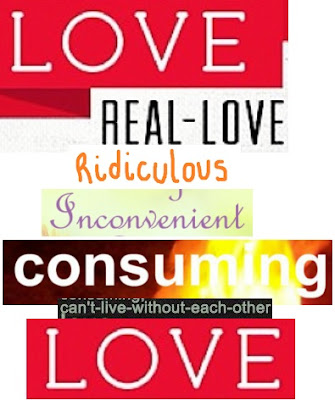 If you were a

fan, you know that this quote is incomplete.

Just as I am, if we were to believe to the soulmate theory.
It's missing the part that says : I'M SOMEONE LOOKING FOR...

Well...that's the difference between me and Carrie (that and the fact that she's a blonde, I weigh twice as much, I'm not a New York famous writer, I haven't had so many sex partners...ok, ok..I'll stop here...)
I'm not looking for it. But in case IT ever came looking for me, this is what it should be like: ridiculous, consuming, REAL.

I thought I found it...3 times.
The last one - I thought it would last...lucky number 3!
That's the problem : when it looks too good to be true (at least for few months), it probably is.

No matter how independent we think we are or we wish we were, seems that the only thing we're depending on is the feeling, the emotion, the excitement we live when having someone in our life who rocks our world.
Even for a few days, or few hours...
Otherwise, how do you explain Tinder? or Ashley Madison? Or marriage? Or distance relationships?
But the worst or unfair part about all this is that, in our selfishness, or nature - call it as you wish - we want to live this endlessly.
After all this time, millions of years of evolution (yeah, right), how is it even possible that humans still believe that they could actually catch this thief called LOVE? or PASSION?

Women put hot wax on their legs, men have hair implants hoping that the next time they go out they find magic.
And they do, and it lasts, and it's wonderful.
...until she goes from size 8 to size 18.
Or until he cheats.
Or until she realizes his jokes are not that funny.
Or until he wants to do a Victoria's Secret model.
Or until she loses confidence in herself.
Or until he disrespects her.
Or until they have kids.

What is that? You say I'm cynical?
Maybe..maybe I've become even more cynical than I was before the KID.
And that poor guy who's ever gonna try to approach me should be at least as cynical to stand a chance...