The child and the KID

How far would you go to make your relationship work? What does "healthy relationshit" mean? If Ryan Tedder

comes at my door and I kick the KID out for, let's say, 2 hours or so, does that count as cheating? Ok, Ryan's my new obsession, so leave me alone.
Adam, baby, if you're reading this, I still love you and you can come knocking whenever. 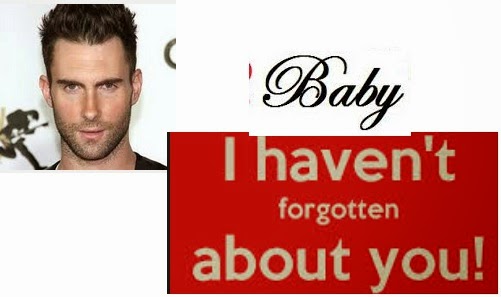 Whoever said or even thought for a second that a relationship with someone younger was easier, well, that person was either the younger half of a couple or a senile.
As time goes by and my relationship with the KID grows, I realize that almost a year and a half since we've been together does not count that much when it comes to things I have to learn or should know about the trio that is me, my son and the KID. Translation: a 24 year old care free guy, a 32 (late 23) year old mother and her 5 and a half year old "monster".
He knows as many things about kids as I do about football. Come to think of it..I may know some things about football. Damn, I watched a few matches during this year's World Cup and paid attention to the hot guys; that must count for something right?
The fact of the matter is that KIDZILLA (my son, that is) has only been "exposed" to the KID day and night for a month. Yes, one month since we've been officially living together under the same roof (the few weeks in the old house don't count as the KID was coming and going).
Nowadays it's like watching GAME OF THRONES, cause both my son and the KID are marking their territory and fighting to become kings. So far, no blood was shed, but hey, it's only been a month.

If I were an outsider, I'd say this is fun to watch cause the age difference between them is not that high (only 19 years :))), but since I'm not, my insider view is: GOD, HELP ME! I am acting as a freaking referee when I'd rather let them settle this as men or...kids.
Both are fighting for a woman's attention, but honestly I wish they did it for a ball or something. Cause my position is really not the greatest: I have to teach stuff to both of them. It's true that I'm learning things myself. Most important that I've learned so far: I should never buy a gun.

This weekend we spent 2 days at the beach. Even though I said I would not get out of the house for the next 5 years cause the works cost me a fortune, I managed to save some money to put the KID and my son in the car and drive to the beach (well, not drive literally cause I still don't have a license and I don't wanna talk about it).
It was more 2 days by the hotel's pool and it was great. The three of us love the water but the hardest thing we had to do the KID and I was to take the fish that is my son out of the pool to feed him.
What I saw during these 2 days was that both the KID and KIDZILLA are getting along just fine when they want to, cause they spent a lot of time in the pool together playing and having fun...I was more of an observer during their playtime (this is one of the many times this happens and it makes me happy to see them like that). But when it came to "serious" stuff (KIDZILLA hurt his finger), my son only wanted MOM to take a look. I'm sure that this will change in time...with a lot of efforts from all sides and medication for some.

What makes a family?
If somebody had asked me this question 2 years ago, I would have said : a woman, her partner (I don't say "husband" cause I still have a problem with marriage) and their child or children, if the parents are crazy enough.
Nowadays, I think that a family is made of people who love and would do anything for each other.