This is the story of a decision that followed another decision.

First there was a man who searched for freedom. Then came a woman who wanted hers back. (that sounds more like phylophical shit...well, it sort of is....ish:))

The woman made the decision of owning stuff. A good one, you may say, and it is...in theory.

First thing she laid her eyes on was a house.

This is how the nightmare began for the woman...ME. 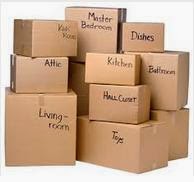 - I realize not enough space to deposit all this stuff inside, so the next best thing was ...the pool. Yes, you read that right: the house I own has a pool - the pool that finally serves for something. Pool's story : a long one...

- the KID, me and my son move in the small apartment owned by my parents ...with the parents and 2 cats (and I'm not a cat person) - OMAGAAAA! the nightmare! Last time I lived with my parents (but in my house - about 6 times the size of my parents' apartment) was during the time I was suicidal due to breakup with the Lord of Darkness and I just had surgery - all in all, suicidal experience, so now again...you do the math

1st - the apartment has one bedroom, a living room, a kitchen and....ONE BATHROOM! ONE BATHROOM! I just have to say it again: ONE BATHROOM! There's not enough space for ...anything. Oh my GOD! Somebody take a sharp object and kill me with it.
But I'm really grateful I have a place to stay.
Oh, one more thing: my parents'house is almost one hour away from where I live and work. KIDZILLA's school is about an hour and a half away...but...details, details...I spend more time stuck in traffic than sleeping. It's like India

2nd - my clothes, the KID's and Kidzilla's are all over
I have clothes in plastic bags, travel suitcases, backpacks...and they're all together: mine, Kidzilla's and the KID's. So, in the pile of stuff, it's hard to find a bra when everything I put my hands on is either Kidzilla's t-shirt or Kid's underwear.

3rd - it's been raining cats and dogs since...March (well..around there) so, we had a new problem (as if I didn't have enough already) : our stuff might be floating in the pool. So, one evening, me and the KID (well, the KID more than me, cause I hate getting dirty) had to look for a solution (in the mud) to have a ...covered pool.
And now it looks like this :

Day 7, 8 , 9 - Somebody kill me!
The fight with the 2 lazy ass mother f#@kers I hired to refurbish my house starts. They want more money than we initially settled for. What??? Of course they're entitled to it 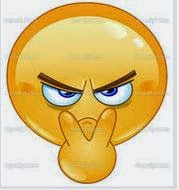 Why even consider the following:
- they didn't come to work on a regular basis - why come to work if it rains outside (did I mention the work was inside) ? but the money of course has to be paid for each day - doesn't necessarily have to be a work day, according to these 2
- they took about an hour and a half each day to have their morning coffee and another half hour to think about starting work
- they left early quite often - well, they can't miss the WORLD CUP, dooohhhh!
- the work has been delayed for about...a year (well...), but why tell the boss (that would be me, in case you didn't get it)? it's not like it's their problem
Should I continue? I honestly don't wanna cause I feel my blood pressure going up.
This is the downside of having a house to refurbish and nobody to supervise. Yes, I know, it's my fault and I probably won't do it again.
PS: not giving them any more money
PS2: afraid they could come and break stuff in the house 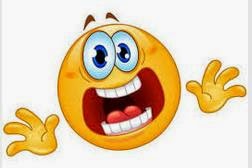 In a few days from now I will have to move out again cause, due to some health issues, my mother is not allowed to be near anyone for about a week or so.

This means that I have to get my stuff from my mother's and take them to a friend's house. OH! MY! GOD!
But again, at least, I'll have a place to stay.

If you'd like to know the date when I will be in my new house, I advise you to go see a psychic or watch out for planet alignment in the next weeks, cause you'll have a better chance at knowing than waiting for me to tell you.
Lived by Lexy gray at 4:20 PM