Sex in the city of the 30 something woman

What does it take to ruin a relationship? Correction: relationshit?
I'll tell you: a supposed raised voice, a fight over who raised voice higher, few hours away from each other, one glass of wine too many, driving few meters without a license and finally, a very big fight over who loves less.

And, if all this happens on a Saturday, you got yourself a screwed up weekend.

Ok, let's start with the beginning.
Once upon a time ...actually 13 months and 6 days ago there was a girl who was going through the worst time of her life because the man who thought to be the love of her life left her in a sea of sadness.
So, she did what she could to survive.  That included going out every weekend and writing on her blog.
Until one night, after way too many drinks, the girl decided to have sex with a younger guy...9 years younger. And so she did...for about 3 months: each day, every day, few times a day.
But one day, when the sex was over, reality stroke and the boy and girl took a better look at each other. And what they saw was...surprising. They saw they were...different.

So they took another look and then another...And finally, they started asking themselves some questions: was it really love? was it lust? what was left when the sex was over?
What could come of this?
The end. :)

Can an emotionally screwed up 30 something woman and an inexperienced 20 something boy make it work?  The answer? Why the hell are you looking at me for? :)

Some women use their free time to do their hair, their nails or simply do some guy. 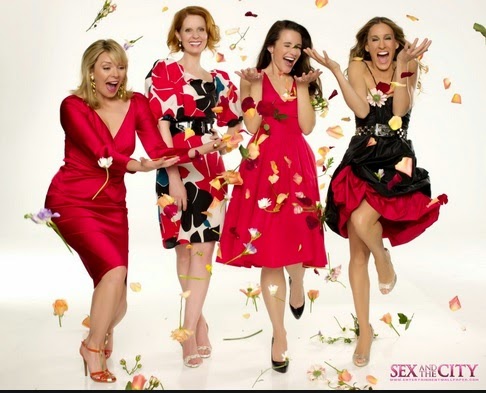 In the last two days I used mine for a SEX AND THE CITY marathon. I never get tired of it. I must have seen it few hundred times, but each time it's like seeing it first.

I was actually in my 20's when I first saw it and now it's quite interesting how different my perspective is.

I was in the story as the 20 something girl that was about to invade the 30 something women's world.
Now I'm a 30 something woman and I finally understand what they're talking about:) I completely relate to them and I describe myself as a Carrie, but with less sexual partners. Ok, lot less. And without the sex column. But with a blog...that sometimes talks about sex.

And going back to my question about the older woman and the younger stud..I now know who I actually am: I'm Samantha. Not the one who uses men as sex toys, but the one who gives in to Smith. 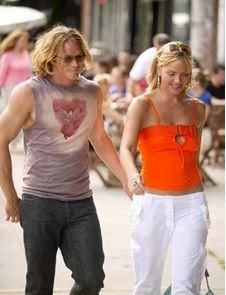 Without offending anyone, I strongly believe that couples where the age difference is in "favor" of the woman and that actually succeed in building anything together are really exceptions. Or who knows? Maybe it's harder when he's in his 20's.  Or maybe, like my mother says: the first 30 years are the most difficult.