Beware everyone! The dark era of stress and moods has arrived: I am one of the 6 billion other people suffering from stress. 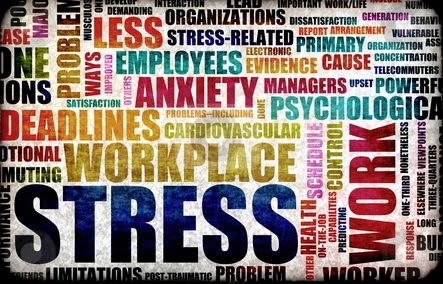 I used to be one of those who could not even imagine stress - didn't even want to pronounce the word cause I found it to be just an invention of the modern individual so he/she could have something to blame when things didn't go the way they wanted to.
Now, in my 30's I discover the "joys" of life. I'm gonna punch in the face the next person that says 3o something is the best age ever. Or the one who says that the 30 something women reach their sexual maturity, and they're more confident or more demanding. Oh, please! 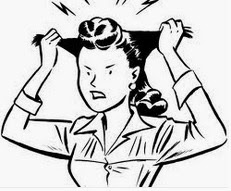 Let me tell you something about this 30 something :
If by sexual maturity you mean - I'M 30, I'M SEXUAL ENOUGH, SO LET ME GO TO SLEEP NOW, then I'm there.
More demanding: could be. I demand and claim my right to sleep and be left to do whatever, whenever without being nagged. Ok, so those around me may be bothered by this kind of selfish behavior, but I'm an adult and I can do what I want. Right? What do you mean NO? Damn! At least I tried.


Now, going back to the stress factor...where should I start?


First there were some fights on intimacy, or better yet, lack of intimacy due to lack of love nest of our own.
Then there was the idea of a new house. Then the search.
Then some fights for desire and lust.
Then I lost half of the money I had for my new house on shit caused by my accountant. Ok, it was my fault also, but I'm stressed out, so not ready to admit it yet.
Then fights on lack of attention - on both sides.
Then there's work - all of a sudden swamped with lots of things and surrounded by people whose neurons are under a lot of stress, I'm sure
Then there's Kidzilla, who does the exact opposite of what I'm trying and fighting him not to. I say potato...
Then some long headaches and migraines that I've been having for the last 4-5 years came back with a vengeance.
Then the damn car broke down. 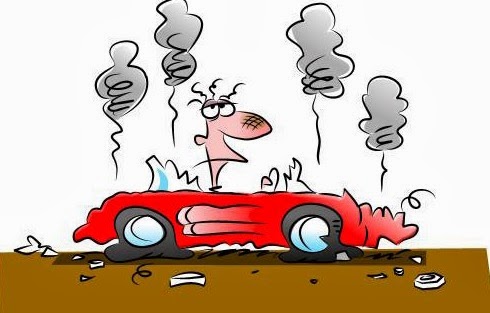 Then some electrical shit broke in the house.
Then the heater...all of these cost me money that I saw as being thrown out the window on Bob's house instead of mine.
then lack of sleep for don't know what exact reasons...not those the KID would want.
then some days with long office hours - again, the KID's "favorites"
then some fights on little time we spend together
then a strange stomachache that made me the most undesirable woman on Earth
then Kidzilla caught a cold and passed it on to me
then the cherry on top, the thing everyone, man or woman hates : PMS, so hello moods and anger; luckily, I spent some of that anger at work
and there's another constant stress: my weight. Lately I've been on a diet based on sweets, coffee and eating after 8 pm. And McDonalds - with this, I'll surely be the pink elephant that everyone sees


I keep telling myself that everything will be over or at least less once I move out. But, secretly I'm afraid that it'll be worse because of all the things I'm thinking about doing there: break some walls, change the floor, cover the pool, etc, etc.

But is it really possible to constantly live under a lot of stress? Does the way we handle stress prove how strong we are?
I wonder if we're really aware of the real level of stress or the ways it affects all aspects of our life. Maybe we realize it when we start throwing vegetable cans on the floor for no apparent reason. Yes, I did it - felt good while doing it, but afterwards I was the one who had to clean up. But it was all worth it and I'd do it again. Problem is I'm running out of cans.
Lived by Lexy gray at 9:47 PM